Bad management and an increasingly dysfunctional corporate culture had caused Apple to crumble from its Golden Age of the late 1980s into an increasingly irrelevant collection of teams, collectively coasting along on past successes while looking for other companies to adopt and build its platforms.

23 years ago Apple Computer, Inc. was struggling to survive while trying to sell Macs in a PC world centered around Microsoft Windows. Things began to change after Apple acquired NeXT in a surprise deal that was announced in the last week of 1996 and was completed on February 7, 1997. 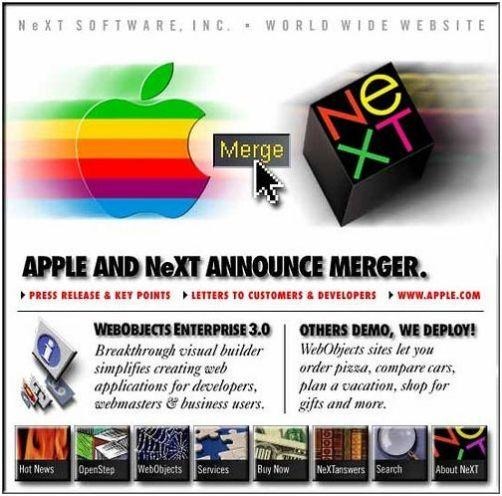 Jobs, jobs and a lot of work

Apple’s acquisition of NeXT Software 23 years ago most obviously provided the company with a modern operating system foundation. NeXT’s advanced software and development tools promised to replace the old Mac System Software that had debuted back in 1984. The «classic» Mac software platform had grown outdated and difficult to modernize without breaking the software that ran on it. 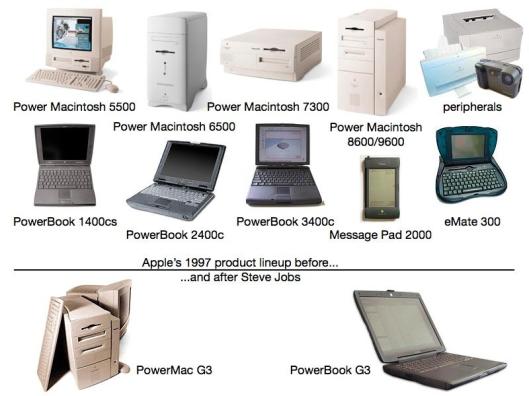 More importantly, however, the infusion of new management from NeXT served to clear out the unfocused fiefdoms at Apple that each sought to promote their own pet projects, often at the expense of other parts of the company.

Part of that included leveraging Apple’s remaining core customers and valuable technologies, but it notably also included boldly saying no to a series of initiatives and strategies that were not working—including OS licensing and a series of internal initiatives and projects that showed limited prospects of commercial success or popular adoption.

It took less than a year for Apple to lay out a clear product strategy for its future. 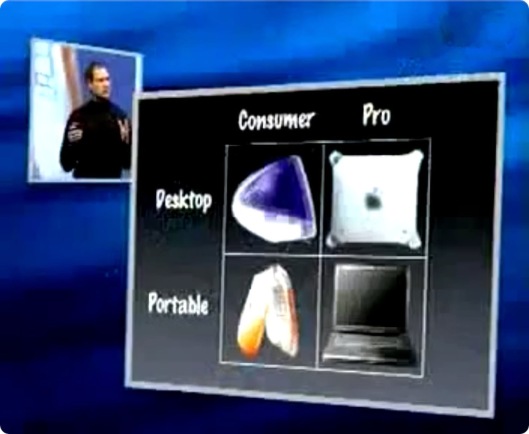 It took several more years to fully implement this strategy centered around a modernization of the Mac system software, which Apple eventually branded as «Mac OS X.» To most people, it did not appear likely that Apple could find enough interest in Macs to ever turn the company around. However, Apple’s new management team focused its efforts on a wider market of emerging trends, particularly involving mobility, music, photos, and digital video. 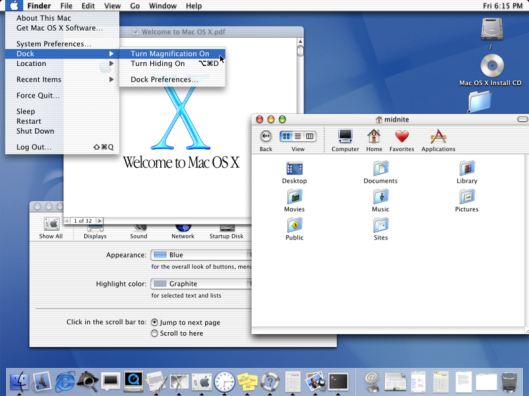 In addition to its continued work in developing proprietary software, Apple’s NeXT-derived development team announced plans to make the core Unix OS foundation of Mac OS X an open source project named Darwin. Along with Apple’s own open code, the company began funding open development of existing and emerging projects, ranging from an adoption of open specifications such as OpenGL (in place of Apple’s proprietary QuickDraw 3D) to the purchase of and continued maintenance of CUPS, the open printing architecture used by Mac OS X and other free Unix and Linux distributions.

Apple also embarked upon building its own Safari web browser, developed under an open source WebKit program that would eventually shift the balance of power on the web from Microsoft’s Internet Explorer to open source. Following the same development strategy underlying the open development of NeXTSTEP’s BSD Unix core, WebKit became the world’s most popular web browser engine and the only significant browser among mobile devices until Google forked WebKit to deliver Chrome.

Additionally, Apple cracked open the highly proprietary worlds of audio streaming, video encoding and distribution by supporting MP3, AAC, and MPEG H.264, defeating plans by Sony and Microsoft to replace open audio playback with proprietary standards intended to lock down music. Similar efforts to control video playback streaming on the Internet by Adobe’s Flash were dashed when Apple leveraged all of its market power to break the back of Flash, opening video to everyone.

What’s NeXT after Mac

Apple didn’t just contentedly crank out Macs. Instead, it focused on software to drive new tasks and sell more hardware to new users. One of its first acquisitions became iTunes, a product that not only made Macs popular among music lovers, but also created the opportunity in 2001 for selling iPod as an easy way to take thousands of songs with you … Apple sold iPod at a premium price tier that introduced affordable luxury in technology.

Rather than aiming to be as cheap as possible, iPod aimed at superior enough to justify its price. That was the same Jobsian strategy that had created the original Macintosh, had launched NeXT, and had put Apple back into the game with the 1998 iMac. A few years later, Apple took everything it had learned from selling generations of tens of millions of iPod—from operations to product management to apps and software development tools—and applied them to release iPhone. 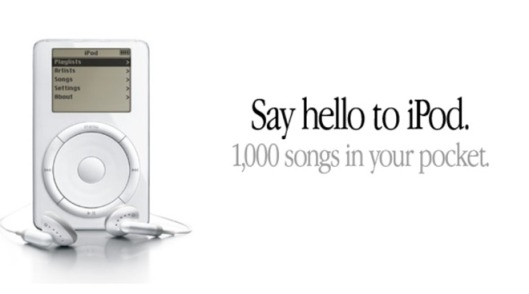 Critics again insisted that Apple could have just released a Symbian phone with a unique UI layer, but Apple was able to take its own advanced software and scale it down to work on less powerful, mobile hardware, in part because it had been focused on doing this for its Mac notebooks. Moving its NeXT-derived software from Macs to iOS also meant that developing new iPhone apps would be familiar to existing Mac developers.

In the same way that Jobs’ NeXT built its own development frameworks and operating environment, Apple has built its own technology for iMessages, for Siri, Maps, for new technologies such as Augmented Reality and computational photography. But Apple has also replicated its own success in acquiring NeXT in the strategic purchase of promising companies. …

Rather than seeking to buy up entire industries, Apple’s comment on acquisitions states that it «buys smaller companies from time to time,» and that «we generally don’t discuss our purpose or plans.» That’s because Apple’s acquisitions are part of overall plans to competently develop new products and services as efficiently as possible. Sometimes that involves buying a technology (as with AuthenTec) and sometimes it involves buying a team or facilities. After Apple acquired PA Semi in 2008, it radically shifted its focus from developing low power PowerPC processors to building mobile chips capable of powering iPhones and iPad.

That’s particularly noteworthy in a business climate where large, celebrated acquisitions often fail. Google spent $15 billion to buy up Motorola and Nest, and Microsoft spent a similar amount to buy Nokia and aQuantive, with none of those massive deals resulting in a successful new business. Most of Apple’s acquisitions have typically been less than it paid for NeXT—at only just over $400 million, it was perhaps one of the best deals ever made.