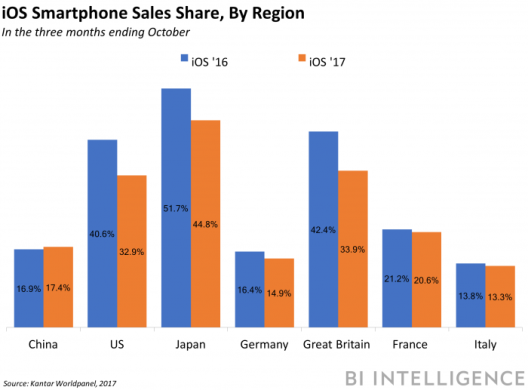 Here’s how Apple and Android stacked up in the US, Europe, Japan, and China in the three months ending October 2017: