Showing now a shift in Siri lead, from E. Cue to C. Federighi (AKA «pelazo») and new hires: 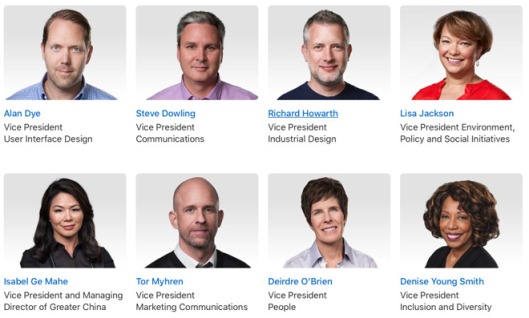 Added to the page are Deirdre O’Brien as the Vice President of People. O’Brien was promoted to the position in July, and manages Apple’s human relations department and Apple University. She reports directly to Apple CEO Tim Cook, and Chief Operating Officer Jeff Williams.

Isabel Ge Mahe was promoted to Apple’s Vice President and Managing Director of Greater China in July. She joined Apple in 2008 as vice president of Wireless Technologies, and played a vital part in the development of China-specific features for iOS, according to Apple.